We already know that Docker is used for containerization. But networking in docker makes it even better tool for deployment. You can make standalone deployments in containers and communicate between them, or make containers act as host, or even assign mac addresses to containers and act them as devices. It does not matter which host machine you are in, you can make dockers communicate in-between them. In this article, we are going to discuss about bridge networking in docker, and in the end will see on how to communicate from container to host or vice versa.

If you have several standalone applications in different containers and need to communicate between them, then you can use bridge as network driver in docker. Its the default driver, it will be assigned if you don’t specify network driver type. It is used when you deploy standalone applications in different containers and they need communication.

Means, the containers connected to bridge network can communicate with each other, but can’t communicate which are outside of that network. It won’t be exposed unless you explicitly do that.

You can create a bridge network by:

You can also inspect the network using:

After creating the network, now its time to add your containers to that network like this:

Or you can add a running container to network:

You can use the following command to do that:

Examples on how to communicate between containers

It is pretty simple, you need to use the name of a container and port it is exposing. For example, if you want to access nginx container(named nz01 in previous example) from another container, then try like this:

Here is another example, lets say an web application is running in container web at port 8000 and from nginx you want to expose it. Then the nginx configuration should look like this:

Docker Compose provides a better way of writing networks. Here is an example:

Communication between host and container

From container to host

Communication from container to host is pretty straight forward. You just need to expose the container in certain port and from host machine access it through localhost:port or 127.0.0.1:8000. For example:

From host to container

This communication has been made simple for MacOs and Windows, but not in linux(at the moment of writing). All you need to do is use host.docker.internal. For example, if you want to use postgres database in django from host machine:

But for linux machine, you can add the following lines in docker-entrypoint.sh(copy pasted from this article):

Although in this article we focused on bridge networking, but there or other types of networking which can be used based on situations. Networking in docker is a breeze compared to doing it manually, and making it a very powerful means of deployment and distribution(along with its awesome platform agnostic services). Thank you for reading, if you have any opinion regarding this article, please share in the comment section below.

Subscribe to get monthly articles about Docker and more.
I won't spam you. Unsubscribe at any time.
← Previous
Implement Newsletter Subscription Using Staticman

Use staticman to build newsletter services, no need to use third party websites.

Next →
Use Docker for Accessing Database in AWS CodeBuild 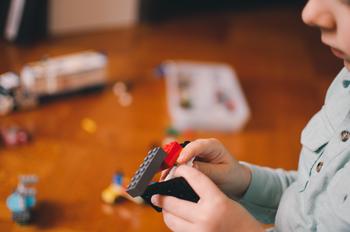